I broke my self imposed rule on ordering any more Papertrey Ink stamps because of their awful postage charges to the UK, but I had to give in and have this set from last month. Credit where its due they arrived by registered post in just 4 days.

At the beginning of the Summer my new stamping buddy Chris came over from the US with her family and stayed just down the road from us in Uxbridge. She lovingly stashed a pile of Papertrey goodies into her suitcase for me including the cardstock and ribbon I used for this card. The rub-ones come from Delish Designs - very yummy and great to use - thank you Penny! 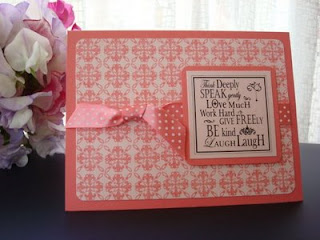 The layout of the stamping on this card was inspired by Rebecca Oehlers of the PTI design team - I wanted to try and emboss the images and while I had my SU Pretties kit out for the half pearls I made a pin to go with it. 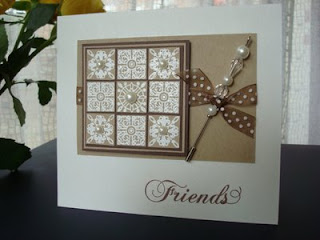 The Doctor said that Paul was allowed to fly now he's made such great progress but only a maximum of an hour and provided he was full of asprin and wearing flight socks:) So we headed off to Scotland for a few days, After touring around the Highlands we stayed with my great friend Lorry on the Isle of Skye. Paul had a blast fishing in all the rivers and managed a couple of little brown trout for his efforts! It was the first time we have been away together on our own for a long time. 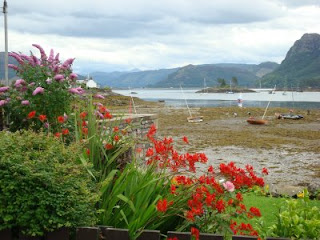 This is Plockton - a beautiful little village at the end of a Loch - I could move here tomorrow - it was so pretty and peaceful. No sirens or aircraft overhead, just great views (even though I missed the castle nestling in the forest on the hillside).

I spent a lot of time sitting besides rivers like these while Paul dibbed his rod - I wish I'd taken some stamping with me though :) 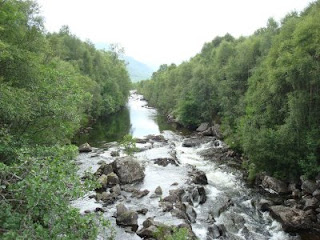 I'm not sure who was most frightened here - me being faced with those horns or the cow seeing me and my droppy boobs :) The Highland cattle are so huge and pretty - a shame they were all laying down because of the weather. 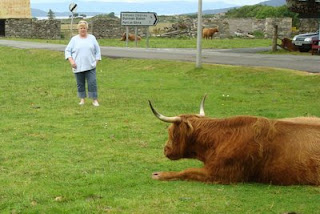 Whilst with Lorry I had a wonderful day crafting with her and her lovely friend Polly. While Lorry and Polly were busy knitting with wire and beads and making earings for a craft fair I stamped out a couple of sets of 3x3" card sets. 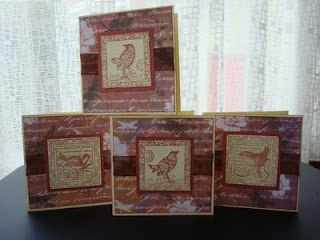 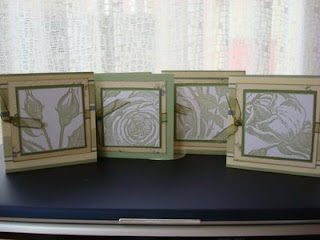 Chris
Welcome to my little crafting corner in West London. Thank you for stopping by - it's always good to hear from you.

A Passion for Papertrey